Being lost after "Lost" and now being found :)

I started off as a die-hard fan of the TV series Lost. I remember watching and then re-watching every episode the first couple seasons trying to figure out any clues that I missed. Somewhere around Season four, life got busy and I have just kind of followed along. I ended up missing most of last season, or watched it sporadically, since I don't remember much about it.

I saved all of this season on my DVR and watched the season on Saturday, all ready to see the finale Sunday evening. Initially, I felt about as lost as the passengers on Oceanic 815. Then I thought about what my interpretation of the show is or was and here is what I have come up with so far (I may change my views once I re-watch the series):

I believe that they were all dead, except possibly Hurley, Desmond and Ben. The three of them were the only ones who knew the purpose of meeting at the church. Just as Jacob had time travelled back and forth from the island, perhaps these three could as well. Ben may still be alive, Hurley may still be protecting the island and Desmond may live on forever. Hurley could have given that gift to Desmond, as the gift was given to Richard. Or Ben may be dead but not ready to "move on yet."

I believe everyone else either died in the manner they were shown, or died after leaving the island, and all at different times. I believe the only ones who made it off the island were Kate, Sawyer, Sayid, Claire, Miles and Lapidus. I felt all along that each of them were brought to the island for redemption, they were all flawed.

I believe the Oceanic 6 did all initially get off the island and then returned to the island. I think they were given a second chance at redemption. They had to go back to the island, because they initially left the island still flawed: they all lied about the plane crash and rescue, and went on to lives in which they were all still seeking something.

I think for each of them, their redemption came after they returned to the island, and then died. they all had a period in the afterlife, where they lived the life they wanted and all dreams came true: Jack having a son; Sawyer being a cop and finding Juliet; Juliet being the OB doctor who met back up with Sawyer; Sun and Jin being together with their baby, Claire and Charlie being together with Aaron, Kate and Sayid being rescued from being in prison and meeting back up with those they loved, etc.

I don't think they were meeting at the church just for Jack, but for each of them to receive redemption, and let go. I believe the empty casket was a message for all of them, that although they may have experienced death, they do live on. I think their meeting together was a celebration, for all of them to rejoice in realizing that their spirit does continue on.

So I think some of the messages the writers wanted to convey with "Lost" is that 1) everyone gets a second chance. 2) there is a powerful force in the universe where good versus bad, dark versus light and right versus wrong does exist and its a struggle every day for all of us to balance these forces, 3) dreams can and do eventually come true, 4) we need to let the past go, and not worry about the future because the only thing that matters is the right now, 5) redemption exists , and lastly 6) our spirits do continue on 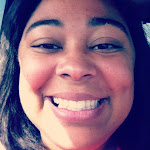 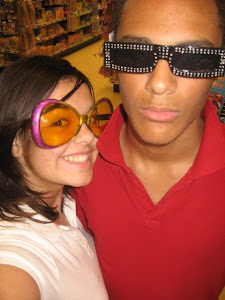